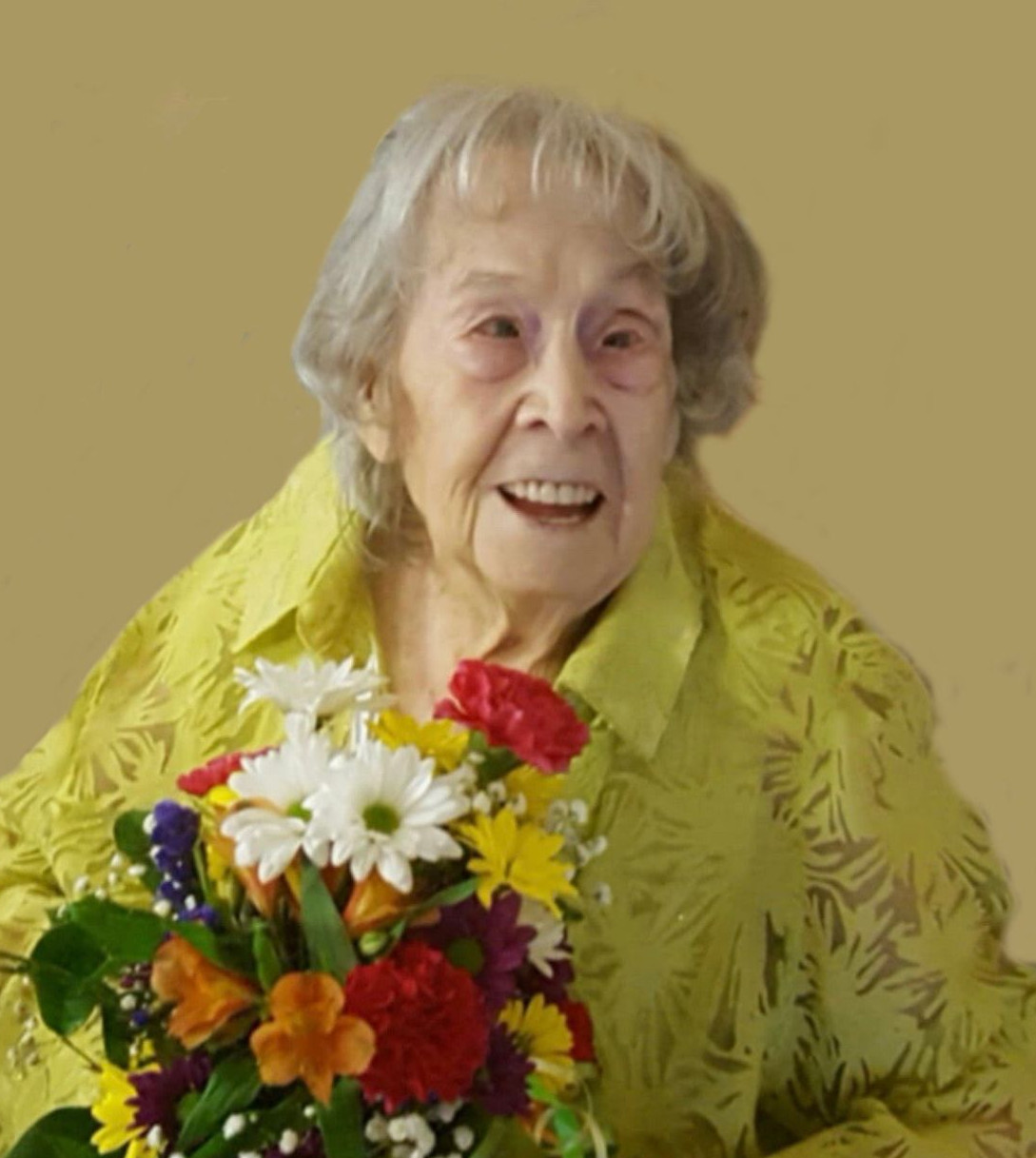 Anita was born on April 28, 1923, in Weddington, Arkansas. She was the daughter of George Wise and Pearlie Mae Ward Wise. She married Alfred E. Kincheloe on September 6, 1941. Anita worked in the cafeteria at Northside Elementary in Siloam Springs as a head cook. She was of the Baptist Faith and enjoyed cooking, canning, sewing, gardening, and spoiling her grandchildren.

She was preceded in death by her husband, Alfred in 2004; her parents; and two sons, Bill Kincheloe and George Andrew Kincheloe.

To order memorial trees or send flowers to the family in memory of Anita E. Kincheloe, please visit our flower store.