Donald was born September 1, 1928, to parents Clark and Bessie Roberts. He lived his life to serve and help others. He served at several food pantries,was actively involved in his church, and proudly served in the U.S. Army during the Korean War. He was self-employed and owned Roberts Earth Moving and D & R Trim.

The memorial service will be held 10:00am, Saturday, April 9, 2022 at Victory Worship Center in West Siloam Springs, Oklahoma. All are invited to attend.

The family will gather at 2:00pm, Saturday April 9, 2022 at Fairmount Cemetery for the burial with military honors.

To plant memorial trees or send flowers to the family in memory of Donald Roberts, please visit our flower store.

This picture was taken at his 90th Birthday party at the Victory Church. Saturday, September 1, 2018. He is greatly missed!

A candle was lit in memory of Donald Roberts

A photo was added for Donald Eugene Roberts 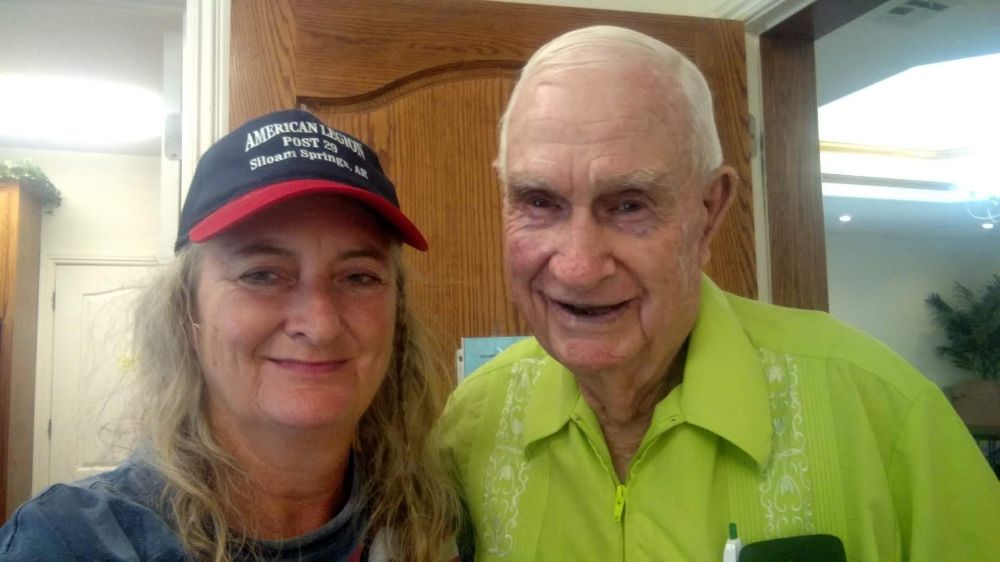 Don was a great friend and Jesus hand extendèd.he was there with tears of love and kindness in time of need in my.he had a giving heart and always doing some for some one in need annomously.he has gone to his heavenly address and will be missed.he was a true blessing

A great friend. Donnie and I loved Anise and fell in love with Rita. Such a very special fried and prayer warrior.

No doubt my brother you heard those words that we all yearn to hear, Well done my good and faithful servant come into my peace

A candle was lit in memory of Donald Roberts