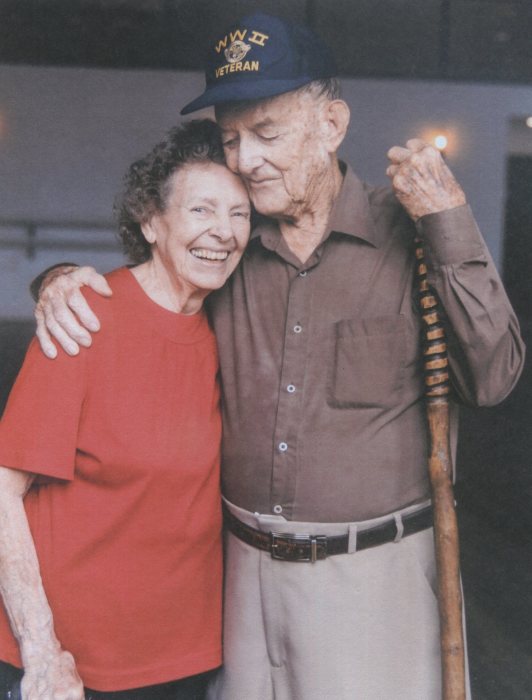 Erval “Val” Leone Periman, 94, of Summers, Arkansas passed away on Sunday, August 11, 2019 peacefully at his home, just 3 hours short of his 95th birthday.

Val was born on August 12, 1924 in Lincoln, Nebraska to Berry and Margaret Periman.  After leaving army service, he met his “Angel”, Bev Clark-Periman. After a week and a half of dating, they became engaged, and they married on June 3, 1947 in Lincoln, NE. They shared a loving 72-plus years together. During this time, they received their pilot licenses together, owned a medical laboratory, and were blessed with two children, Gregory Periman of Siloam Springs, Arkansas and Julie Lynn Smith of Center, Texas. He received his Bachelors degree with a physics major from Union College in Lincoln, Nebraska. Val enjoyed tinkering around in his shop and eating lemon cake on his birthday. He could make, fix, and even invent anything you could imagine. Val has been a member of the Seventh Day Adventist Church in Siloam Springs since 1973. He was known as the “Go To” man for any Bible questions or any gospel song lyrics. Val served honorably for the United States Army during World War II from 1943-1946. He made his impact at that time by being a Surgical Tech during his military career. Val was a man of many trades; but he will be remembered as a good, knowledgeable, caring man.

To order memorial trees or send flowers to the family in memory of Erval "Val" Leone Periman, please visit our flower store.