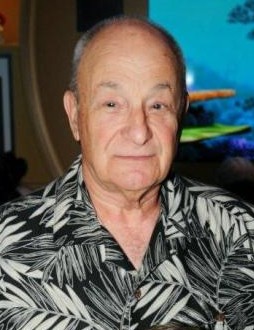 Felix was born on April 9, 1936 at home in Tontitown to parents Hugo Pozza and Lucia Ardemagni. He graduated from Springdale High School, Class of 1954 and the University of Arkansas in 1958 with a degree in Business Administration.  After graduating, he moved to California and began his long career in the grocery business working at Safeway.  In 1964, he moved back to Arkansas to purchase the Tontitown Mercantile, which he owned and operated until it closed in 1982. In 1971, Felix and Virginia started “Pozza’s Pasta.” He then accepted positions at Phillips Food 4 Less, Wal-Mart, and Harps Food where he worked until retirement in 2013.

Felix delighted in his family and was a devoted father and Papaw.  Known to his many friends and colleagues as a kind, compassionate man of great integrity and faith, he never met a stranger and was not known to be afraid of hard work.  He was always willing to lend a hand, give more than he had, and never quit even when it would have been the easy thing to do.  All will cherish the funny stories he shared— especially about his youth in Tontitown when he may have turned over an outhouse or two!  An outdoorsman, woodworker and fisherman, Felix’s dream was to live on the water and he was able to fulfill that dream, living in his home on the White River for 10 years.

A rosary is scheduled for Monday, October 22 at 6:30pm at St. Joseph’s in Tontitown and a funeral mass will be held on Tuesday, October 23 at 10:00am.  Interment will follow mass at St. Joseph’s Cemetery and the family will receive visitors after both services. All are welcome to attend and celebrate Felix's life. In lieu of flowers, donations can be sent to either St. Joseph’s Cemetery Fund PO Box 39 Tontitown, AR 72770 or the Arkansas Seminarian House of Formation PO Box 7565 Little Rock, AR 72217.  Please visit the online guest book at www.backstrom-pyeatte.com.

To order memorial trees or send flowers to the family in memory of Felix Lawrence Pozza, please visit our flower store.