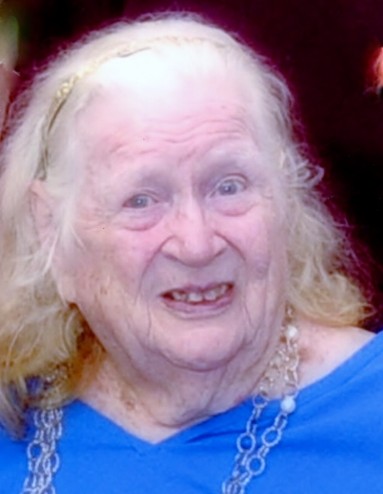 Grace L. Bray, a resident of National Healthcare of Joplin, Missouri departed this life on August 22, 2020.

She was preceded in death by her sister Betty Sims of Springdale, Arkansas and her brother Albert B. Matteson of Gentry, Arkansas; step-children Glen Rogers Bray and Arra Sue Simmons both of Weimer, Texas.

She had attended Howard General Baptist Church in Quitman and her most recent membership was at Berry Street Baptist Church in Springdale. She had been a psychiatric nurses' aide at the State Hospital in Little Rock, Arkansas from 1961 to l968 and started as a nurses' aide in 1968 and eventually became an LPN at Cleburne County Hospital.

Visitation will be on Friday August 28, 2020 at Backstrom-Pyeatte Chapel at 9:30 am and the service will start at 10:30 am. Graveside services will be held Saturday August 29, 2020 at the Center Point Cemetery in Quitman, Arkansas at 10 am. Arrangements are entrusted to Backstrom-Pyeatte Funeral Home. Please visit http://www.backstrom-pyeattte.com to sign our online guestbook.

To order memorial trees or send flowers to the family in memory of Grace Lena Bray, please visit our flower store.