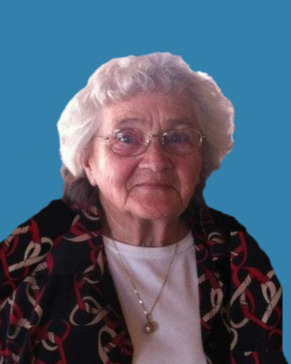 She married Harley Vern Puffinbarger in Colorado Springs, CO, who preceded her in death on January 25th, 1975.

She was of the Presbyterian faith. As many know, she was a very hard working woman; she worked as a cook, security guard, waited tables, and cleaned houses and businesses. Her passion was meeting and talking to people, so of all her employment, being a school grandma and working at Talbot museum were her favorites. She held a very special place in her heart for her grandchildren and great grandchildren. Many in the community knew her as Grandma Grace. Grace was also a hard fighter having been a cancer survivor as well.

She was preceded in death by her parents, Lee and Nellie Bell; husband Harley Vern; and sister Martha Wagner.

A Graveside Service will be held Tuesday, January 10, 2023, 2:00 pm, at Johnson Cemetery in West Siloam Springs.

The arrangements were entrusted to Backstrom-Pyeatte Funeral Home of Siloam Springs, AR.

To order memorial trees or send flowers to the family in memory of Grace L Puffinbarger, please visit our flower store.