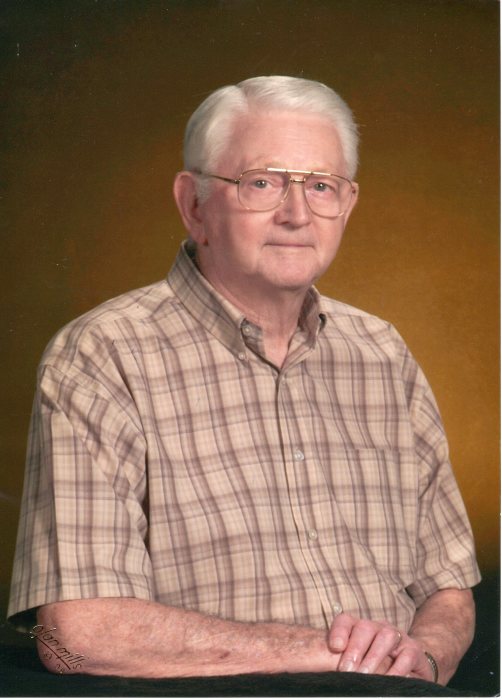 Guy was born on April 19, 1932 in Clemscott, Oklahoma to Guy L. Hollingsworth and Maude Erin Askew Hollingsworth. He was the youngest of four brothers and two sisters, having grown up on his father’s farm in Siloam Springs. He served honorably in the U.S. Air force during the Korean Conflict from 1952 – 1956. He Married Vernelle Vaughan in June of 1975.

Guy was employed for 391/2 years by the Baldwin Piano and Organ Co. 1958 – 1997, as a technician and retired as District Service Manager. After his retirement he continued to work part time as a service technician for the Stevens Organ Co.  He was a HAMS radio operator since 1954 as W5EYQ. He enjoyed electronics as a hobby and had enjoyed fishing and hunting as a boy.

Visitation will be held on Friday, September 20, 2019 at the Backstrom-Pyeatte Funeral Chapel in Springdale, Arkansas from 9:00am to 10:00am.

Funeral service will be held at 10:00am on Friday, September 20, 2019 at the Backstrom-Pyeatte Funeral Chapel.  Pastor Kerry Mauldin will officiate the service.  Private burial will be held at the Zion Cemetery. To sign the online guest book please visit www.backstrom-pyeatte.com.

To order memorial trees or send flowers to the family in memory of Guy Erin Hollingsworth, please visit our flower store.