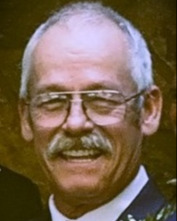 James Edward Casebolt SR, age 64, of Springdale, passed away on Sunday, January 22, 2023, surrounded by his family. James was born on March 8, 1958, in Olathe’, Kansas. The son of the late Eugene Bennett Casebolt SR and Virginia Mae (Smith).

On July 29, 1978, James married Linda Fondren and she survives. James enjoyed riding his motorcycle, watching Kansas City Chiefs football, singing, and playing his guitar, dancing, and playing pool. His greatest joy was spending time with his grandchildren and great grandchildren.

James was a CDL truck driver for Allen Canning Company for many years and recently employed with Norroh Site Works.

James was preceded in death by his parents, a brother Eugene Bennett Casebolt JR, a granddaughter, Gracie James Casebolt and a great-grandson, Mar’Kale Lucas James Casebolt.

Friends may visit with the family at the Backstrom-Pyeatte Funeral Chapel in Springdale on Saturday, January 28, 2023 from 10:00 AM to 1:00 PM. A funeral service will follow at 1:00 PM. Burial will be at a later date.

To order memorial trees or send flowers to the family in memory of James Edward Casebolt SR, please visit our flower store.