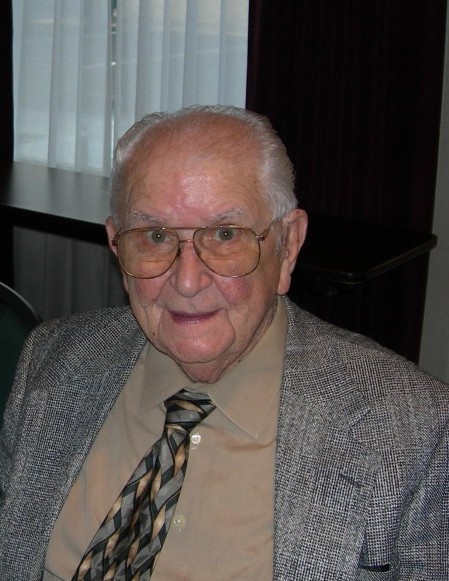 Jim was born on April 29, 1921 in Neosho, Missouri, a son of James Chester Crabtree, Sr. and Emma Testerman Crabtree.  He was the widower of the late Bernice Sherer Crabtree, who preceded him in death in 2012, they were married 70 years. Jim worked as an engineer for the Rocketdyne Co in Neosho and the Sperry Vickers Co in Joplin. He served in the Army Signal Corps during World War II in the South Pacific.  He enjoyed hunting, fishing, playing golf and had lived on Grand Lake for several years. He was a member of the Unionville Masonic Lodge #33 in Unionville, Missouri and a member of the York Rite Masonic bodies.

He was also preceded in death by two brothers and one sister.

To order memorial trees or send flowers to the family in memory of James "Jim" C. Crabtree Jr., please visit our flower store.