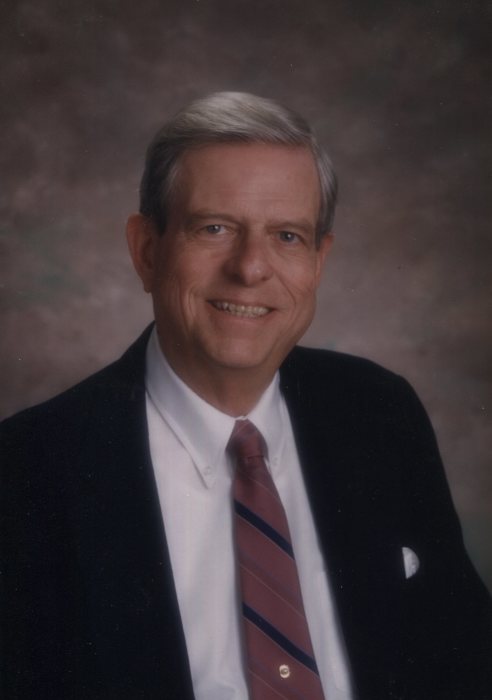 Born July 17, 1928 in Cleveland, Ohio, Jack was the only child of John Cherrill Marsh, Sr. and Marguerite Angela Lackamp Marsh.

Jack graduated from Amherst College in 1950 with a B.A. Degree.

Jack enlisted in the US Air Force in 1951, graduating from pilot training at Webb AFB, Big Spring, Texas in August, 1952. From there, he went on to Korea and as a First Lieutenant Jet Pilot & Flight Commander; he flew 56 combat missions in the F-84 Thunder jet. At the end of the Korean War, Jack went into the Aerospace Industry as a Marketing Representative. Jack is a member of the Kansas First Baptist Church in Kansas, Oklahoma.  He is also a member of the American Legion Post 29 and the VFW, both in Siloam Springs, Arkansas.

He married Louise Hutchens at Tishomingo, OK in 1953. A son and daughter were born of this union. Jack and Verla Coombes were married in Manhattan Beach, CA in 1983. They lived in Redondo Beach California. They then moved to Flemington, New Jersey in order to be near and care for Jack’s elderly mother. After the death of his mother, Jack and Verla moved to Palm Springs, CA and then finally to Memphis, T, then on to Bella Vista AR. They enjoyed a successful Real Estate career in NJ, CA, TN,& AR bfore moving to OK in 1999 in order to be next door to his step-son Kenneth Millican. Then shortly after Kenneth’s death in April of 2009, they moved to the Kansas/Lake Eucha, OK area.

Jack was preceded in death by his parents, John (Jack) and Marguerite Marsh and step-son Kenneth D. Millican.

Visitation will be held Friday, July 12, 2019 from 5:00pm-7:00pm at Backstrom-Pyeatte Funeral Home with the funeral service following on Monday, July 15, 2019, at 10:00am. Pastor Terry Wofford and Pastor Craig Ingram will officiate the service. Burial with Military Honors will be held at Fayetteville National Cemetery at 12:00pm under the direction of Backstrom-Pyeatte Funeral Home of Siloam Springs, AR. In lieu of flowers, please consider making a memorial contribution in Jack’s name to your local VFW/American Legion or the Kansas First Baptist Church at 360 N. Kansas Street, Kansas, OK 74347. To sign the online guestbook, please visit www.backstrom-pyeatte.com.

To order memorial trees or send flowers to the family in memory of John C. "Jack" Marsh, please visit our flower store.