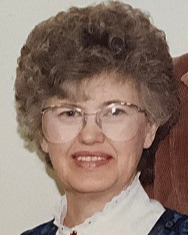 Lora L. Henderson, age 87, of Farmington Hills, Michigan, formerly of Springdale, passed away on Sunday, January 15, 2023 at the Beaumont Hospital in Farmington Hills, MI. Lora was born on December 7, 1935 in Lincoln, Missouri, the daughter of the late Sherman Warren and Maggie (Croy) Warren.

On May 4, 1954 Lora married the love of her life, James Kenneth Henderson and he preceded her in death on November 1, 2003. Lora was a housewife and homemaker and enjoyed cooking, sewing, and reading. Her love for her Lord Jesus was always prevalent in her everyday life.

Per Laura’s wishes, cremation rites were chosen. Burial will be in the Sandy Hill Cemetery at a later date.

To order memorial trees or send flowers to the family in memory of Lora L Henderson, please visit our flower store.