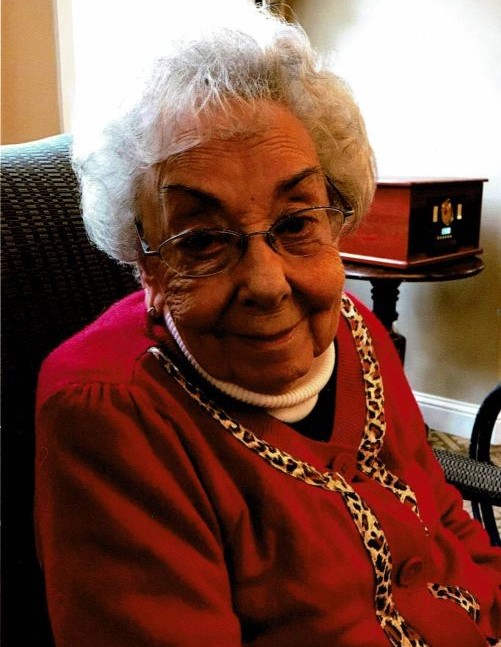 Loreta was born on June 8, 1930 in Cherokee City, Arkansas, a daughter of Lee Allen and Geneva Wilhite Allen. She was the widow of the late Joe Fred Yeager, who she married on January 29, 1952 in Gentry, Arkansas and preceded her in death. Loreta was a bookkeeper for several businesses around the Siloam Springs area including Henry’s Hardware and the Charlie Brown Ins. Agency. She was a member of the First Baptist Church for 60 years.

She was preceded in death by her husband, her parents, one sister Lovetra Welch and her brother Doyle Allen.

Graveside services will be held at the Dickson Cemetery in Cherokee City, Arkansas on Monday, October 29, 2018 at 10:00am. Dr. Steve Abbott will officiate the service under the direction of the Backstrom-Pyeatte Funeral Home of Siloam Springs. To sign online guestbook please go to www.backstrom-pyeatte.com.

In lieu of flowers memorials may be made to Alzheimer's Research.

To order memorial trees or send flowers to the family in memory of Loreta Allen Yeager, please visit our flower store.