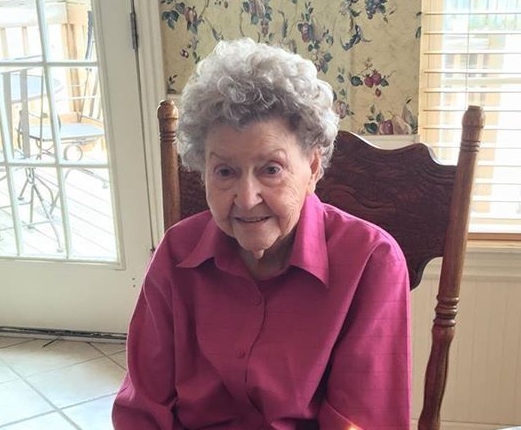 She was born on February 28, 1925 in Camden, Arkansas a daughter of John Elijah Petty and Rosa Belle (Henderson) Petty.  She worked many years for the Fairview School Cafeteria in Camden and enjoyed listening to bluegrass music and attending bluegrass festivals.  She was noted for her kindness.

She was preceded in death by her husband, Frank Tate; a daughter, Zelda Ferguson; a son, Michael Tate; one grandson, Michael Farrar; 3 sisters; 3 brothers; and a son-in-law, David McDougal.

Graveside service will be held at the Bethesda Cemetery in Camden, Arkansas at 2:00pm on Wednesday, May 24, 2017.

To order memorial trees or send flowers to the family in memory of Nell Irene Tate, please visit our flower store.