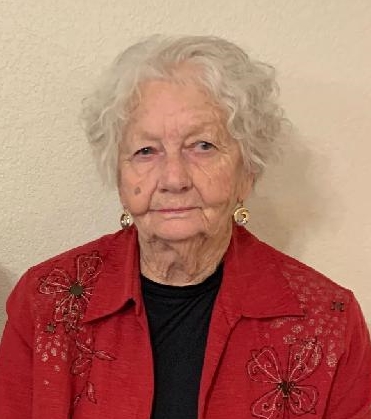 Nevelyn was born on August 3, 1935 in Enid, Oklahoma, a daughter of Harold Parriott and Myrtle Dozier Parriott. She was the widow of the late Ron Tippit, whom she married on January 19, 1979 and who preceded her in death in 2005. Nevelyn attended Oklahoma State University, where she played in the orchestra. She worked for Eason Oil Company for many years in Ponca, City Oklahoma before moving to Arkansas where she worked for the USDA at the Tyson’s Plant in Rogers. After retiring she went back to work for Tyson’s as a security guard for several years. She loved to entertain people and celebrate the holidays especially her Halloween Parties. She attended the Westside Freewill Baptist Church in Springdale and was active as a pianist and organist in other churches she had attended. She was also known for putting on many Passion Plays at various churches during Easter.

She was preceded in death by her husband and one son, Andrew Porter.

Funeral services will be held at the Westside Freewill Baptist Church in Springdale on Wednesday, July 1, 2020 at 2:00pm.  Pastor Paul Payne will officiate the service with burial being held at the Elm Springs Cemetery. Arrangements are entrusted to Backstrom-Pyeatte Funeral Home.

Funeral Services will be live streamed on Facebook Messenger at https://www.facebook.com/Backstrom-Pyeatte-Funeral-Home-162967120393865/

To order memorial trees or send flowers to the family in memory of Nevelyn Tippit, please visit our flower store.