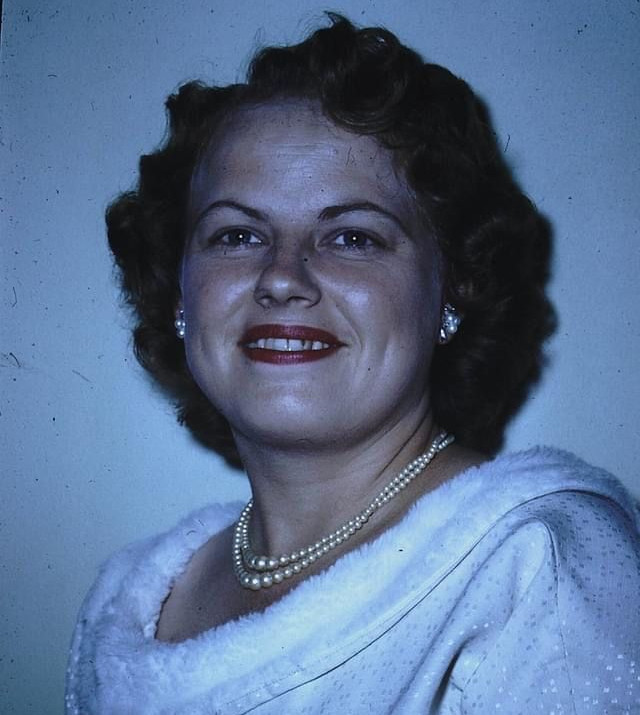 Lorrayne was born at home in Delaware County, Oklahoma on October 22, 1933. She was the daughter of Albert Noah Shelley and Ruby Mildred Whitmire Shelley.  She married Ward F. Trammell on January 2, 1952, in Siloam Springs, Arkansas, who preceded her in death.  Lorrayne had worked for the John Brown University in the cafeteria. She was always lovingly dedicated to taking care of her family and was a member of the First Baptist Church of Kansas Oklahoma.

She was preceded in death by her husband Ward Trammell; her parents, Albert and Ruby Shelley; her daughter and son in law, Kathy and Wayne Brown; two brothers, Max Shelley and his wife Mille, and Jerral Shelley.

She is survived by one son, Michael Trammell of Rogers; three grandchildren, Shaunna Davis and husband Jeffrey of Hermitage, TN, Cortney Brown of Alexandria, VA and Wayne Brown and wife Amanda of Alma, AR; seven great grandchildren; one brother-in-law, William Trammell of Florida; one sister-in-law, Janet Shelley of Colcord, Ok; along with many nieces, nephews, and other family members.

Funeral services will be held on Tuesday, November 22, 2022, at 10:00am at the Backstrom-Pyeatte Funeral Chapel.  Pastor Terry Wofford and Pastor John Crowley will officiate the services. Burial will be conducted at the Gentry Cemetery. Arrangements are entrusted to Backstrom-Pyeatte Funeral Home of Siloam Springs, AR. Please visit www.Backstrom-pyeatte.com to sign the online guestbook.

In lieu of flowers, memorials may be made to the K9 for Warriors Charity.