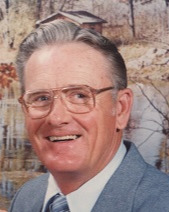 Hand delivered by a local florist

Paul David Chambers, age 91, of Fayetteville passed away on Saturday, December 10, 2022 at the Springdale Health and Rehab in Springdale. Paul was born on January 13, 1931 in London, AR, the son of William Chambers and Biddie (Price) Chambers.

Paul owned and operated a family grocery for many years, worked for MFA insurance and as a real estate agent but in his heart, he was a farmer. For many years Paul coached softball, he was a member of the Optimist Club in Little Rock and of the Brush Creek Baptist Church. He enjoyed going to the Senior Center and dancing.

Paul was preceded in death by his parents; wife; his son Randall Chambers; and a sister Anna Hope Suter.

To order memorial trees or send flowers to the family in memory of Paul David Chambers, please visit our flower store.