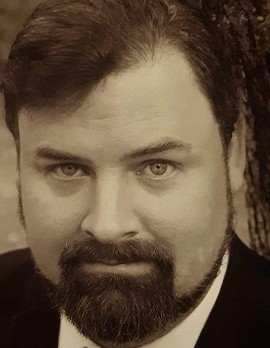 Rex Evans Wylie JR, 50, of Lowell, AR., passed away on Saturday, October 9, 2021 at the Washington Regional Hospital in Fayetteville, AR.

Rex was born on November 29, 1970, in Fordyce, AR, the son of Rex Evans Wylie SR and Margaret (Doss) Wylie. On March 21, 2015, in Eureka Springs, Rex married Rhonda Greenlee and she survives.

Rex worked as an independent distributor for Bimbo Bakeries with a bread route. Rex loved music and spent many hours on his hobby as an artist and was a wonderful writer.

Rex is preceded in death by his father.

Services for Rex will be held at the Pinnacle Memorial Gardens Chapel, 5930 S Wallis Rd, Rogers, AR., on Wednesday, October 13, 2021 at 11:30 AM with Pastor Jamie Lantzsch officiating.

To order memorial trees or send flowers to the family in memory of Rex Evans Wylie JR, please visit our flower store.