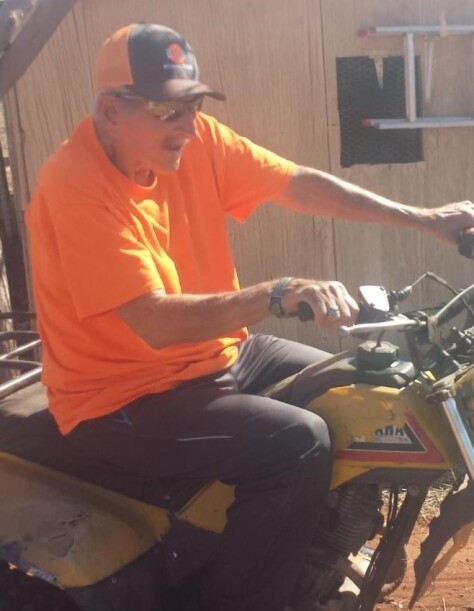 Richard was born on September 19, 1936, in Yavapai County, Arizona. He was the son of Lester Taylor and Genevie Reeves Taylor. Richard had worked many different occupations including dog catcher, sheriff’s deputy, landscaping and as a dairy farmer. He was of the Christian Faith. Richard was a veteran of the U.S. Navy. He enjoyed hunting, fishing, his guns Jeeping and anything to do with being outdoors. He was a family man always doing for his grandchildren. He loved to hug the old oak tree.

He was preceded in death by his wife, Sharon Sue Taylor and one son William Farley.

A memorial service will be held at the Fayetteville National Cemetery at a later date.

Arrangements are entrusted to the Backstrom-Pyeatte Funeral Home of Siloam Springs. To sign the online guestbook please go to www.backstrom-pyeatte.com.

To order memorial trees or send flowers to the family in memory of Richard Taylor, please visit our flower store.