Stephen was born on December 16, 1952, in Enid, Oklahoma. He was the son of Ohmer Albert White and June Ann Gosney White. He was the widower of the late Peggy Knight White, whom he married on April 24, 1993, in Lewisville, Texas. Stephen had been a printer press operator for Quebecor, Inc. He loved maps and puzzles, enjoyed going to Planet Fitness and making new friends. He was a big fan of Brad Paisley and loved to tinker with things. Stephen loved his dogs Izzy and Jasmine and enjoyed visiting with family.

He was preceded in death by his wife, Peggy White, his parents Ohmer and June White and one brother David White.

A Memorial Service will be held at the Backstrom-Pyeatte Funeral Chapel on Saturday, January 22, 2022 at 2:00pm. Arrangements for cremation were entrusted to Backstrom~Pyeatte Funeral Home of Siloam Springs, Arkansas.

To plant memorial trees or send flowers to the family in memory of Stephen White, please visit our flower store.

A candle was lit in memory of Stephen White

Steve and I were the middle of four children and were always close over the years and miles. He loved traveling to see me and my daughter, Amy, especially when we lived in the mountains of Colorado. In the past two years we\'ve been blessed to have Steve join my family and me in Minnesota on our summer adventure on the North Shore of Lake Superior. I took this photo on his first trip and I think it captures his personality perfectly... casual, laid-back, with a kind, caring and loving heart. Our summer trip will not be the same without you Steve. 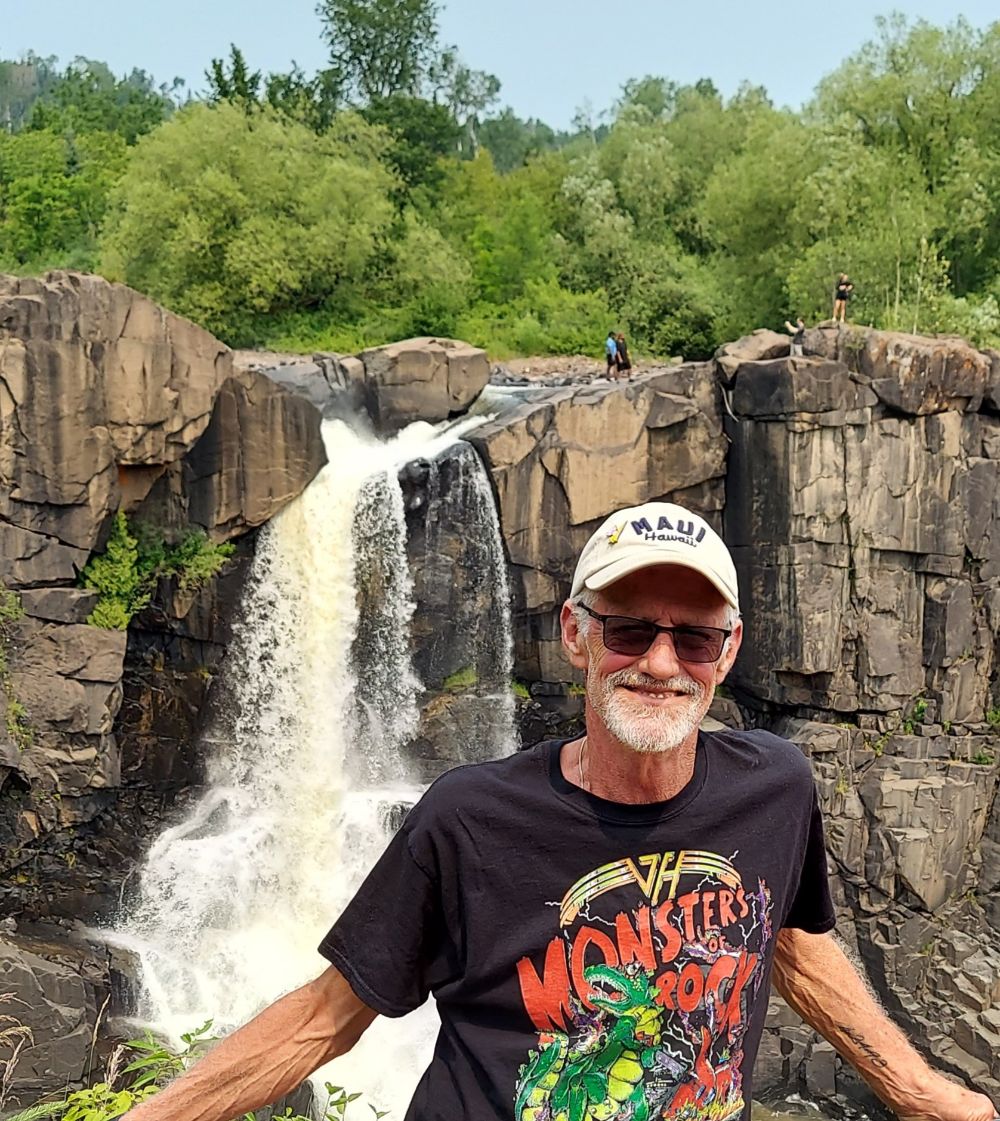 I never got to meet you but I know you had to be a great person. I know part of your Lewisville family and they are great people. I know that they will miss you dearly but are glad that you aren't hurting anymore.

U will be missed love the shearrer family

I am so sorry for the loss of Steve, my Cousin! May our GOD Comfort all who Love Steve! See you soon!