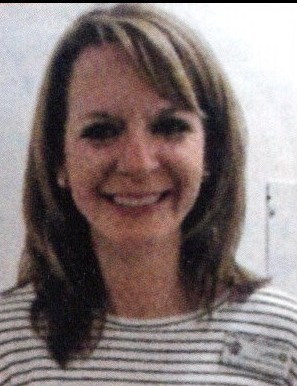 Tamara Lynn (Holcombe) Lane went to be with her Lord & Savior, August 13, 2019 at the Circle of Life Hospice in Springdale, Ar. surrounded by her family.

Tamara was born on April 29, 1978 at Washington Regional Hospital. She attended school at Jay Public Schools and graduated in 1996. She received her Masters Degree from the University of Arkansas and received her certificate in School Administration from Harding University.

Tamara is survived by her husband of 19 years Will and children Ryan and Lexi. She is also survived by her parents David and Gayla Holcombe of Jay, Ok.  Her brothers Sean and Janna Holcombe of Bella Vista, Ar. and Aaron and Tammie Holcombe of Jay, Ok. Other survivors are Grandpa Claude Cagle, Perry and Brenda Lane, father and mother-in-law, of Eucha, Ok., brother-in-law Brian and Callie Lane, sister-in-law Cassie and Doug Issacs, 5 nieces, 7 nephews and a host of friends.

Tamara is a sixth generation educator on the paternal side of her family. She was the principal of the Southside Elementary in Siloam Springs, Ar., when she became ill August 2018. Her life and legacy touched many lives as she began her career in education in 2001.

Visitation will be held at the Backstrom-Pyeatte Funeral Home in Siloam Springs on Friday, August 16, 2019 from 5:00pm to 8:00pm.

Celebration of Life will be held on Saturday, August 17, 2019 at 10:00am at the Mt Hermon Church 18035 E. 420 Rd., Jay, Ok.  Burial will be conducted at the Ward Cemetery, Jay Ok. Under the direction of the Backstrom-Pyeatte Funeral Home of Siloam Springs.  In lieu of flowers, Tamara requested donations be sent to Siloam Springs Schools, P.O. Box 798 Siloam Springs, AR 72761 to The Education Foundation in her name.

To order memorial trees or send flowers to the family in memory of Tamara L Lane, please visit our flower store.