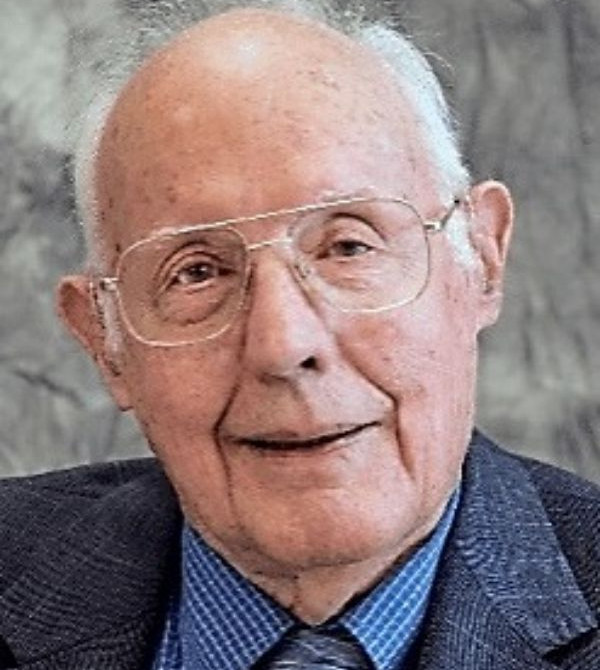 William was born on November 17, 1930 in Denver, Colorado, the son of the late Clarence Glover Merrifield and Adeline Ruth (Thielke) Merrifield. William graduated from Boulder High School in Boulder, CO in 1949. He enlisted in the U.S. Army and served as a surgical room technician in the Korean War earning G.I. Bill benefits that enabled him to continue his education, achieving a Bachelor of Science degree with double majors at Hardin Simmons University in 1955 and later adding four more majors in physics, chemistry, biology, and geology. He was a lifelong learner pursuing his scientific interests, including many years of work on a master’s degree in geology.

William taught senior high and junior high science classes for 41 years in Texas and Arkansas, retiring from Fayetteville High School in 1994. William mentored many of his students to excel through competitions in science in the University of Texas Interscholastic League and through Science Fairs in Arkansas, culminating in winners at the state, national, and international levels through which they received hundreds of thousands of dollars in scholarships, national academic recognition, and entrance into top universities. Two of his students were honored as guests of the King of Sweden in 1982 and 1984 at the Nobel Prize Ceremonies in Stockholm. In 1984 he received the Presidential Award for Excellence in Science and Mathematics Teaching from President Ronald Reagan.

William was passionate about his faith in Jesus Christ which guided him throughout his life. He came to the conviction early in his life that sciences could reveal much about the attributes of our Creator God, which led to his full career in science education. He pastored Mother Holmes Baptist Church in Sheffield, TX in the early 1960s and has been a member of the Rolling Hills Baptist Church in Fayetteville for nearly 30 years.

William was an avid model railroad enthusiast and was a member of the Arkansas-Boston Mountains Chapter of the National Railway Historical Society, serving as the chapter’s editor of its Scrambler newsletter for several years.

He was preceded in death by his parents, 3 wives, his sister Elsie Seeley, 2 stepsons, 1 great grandson, and 3 great granddaughters.

Friends may visit with the family at the Backstrom-Pyeatte Funeral Home in Springdale from 6 to 7 PM on Thursday, April 7, 2022. Funeral Services will be held at the Rolling Hills Baptist Church, 1400 E Rolling Hills Drive, Fayetteville, AR at 10:30 AM on Friday, April 8, 2022, with Pastor Steve Sheely officiating. Burial will be in the Goad Springs Cemetery with Military Rites.

Masks are requested but not required.

To order memorial trees or send flowers to the family in memory of William Albert Merrifield, please visit our flower store.