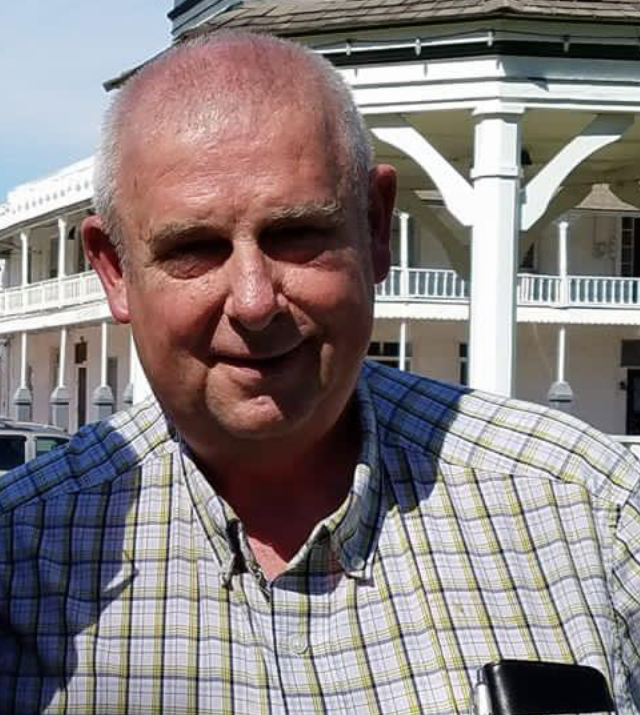 Bill was born November 1, 1956 in Yoder, Kansas to William F. Parsons SR and Helen Marie Stevens-Parsons.  He was of the 1974 graduating class of Anadarko High School in Oklahoma where he was active in FFA and an Eagle Scout. He went directly into the United States Navy to honorably serve for 4 years. He then joined the Oklahoma National Guard until his retirement after 16 years of duty. During that time, he welcomed his sons, Caleb and Josh and later he met his wife, Sandy. They quickly fell in love after meeting and were married on September 7, 1991 in Anadarko, Oklahoma. From this union, they would move to Siloam Springs to begin their journey. Bill always had a caring heart and love for food. The journey started with him owning Razorback Pizza from 1992-1996, then onto RJ’s BBQ, then managed the JBU kitchen. He was the chef at multiple local locations. His latest was being the chef at New Life Ranch for 15 years. His most honorable service was serving his local community with Hunger & Thirst Ministries that he founded in the early 2000s. He and Sandy dedicated many, many of their own time to serving the local homeless, needy, and elderly with warm meals and Bible study. He cherished being able to minister and feed the community.

The funeral service for Bill will be held 11:00am, Saturday, April 16, 2022 at Backstrom-Pyeatte Funeral Home with Pastor Dwayne Driggers officiating.

The burial will be held 11:30am, Monday April 18, 2022 at Fayetteville National Cemetery with military honors.

In lieu of flowers memorials may be made to the Northwest Arkansas Food Bank in Bill’s name.

The livestream of Bill's funeral will be found on the funeral home's Facebook page. The livestream will begin approximately 5 minutes before the service.

To order memorial trees or send flowers to the family in memory of Bill Parsons, please visit our flower store.